I voted to remain, I still think we have made a terrible mistake, however we are stuck with it, ever since that half wit, Cameron promised the loony tunes the referendum to leave the EU, we were screwed, many good people also voted to leave, because they thought that the EU had done FA for us, and they thought that the country would be swamped with cheap labour. However after living in the US for many years which does not have a custom union with anyone still has large numbers of immigrants
Posted by Silurian Republican at 11:33 AM No comments:

Around the Vale in 80 minutes with New Adventure Travel 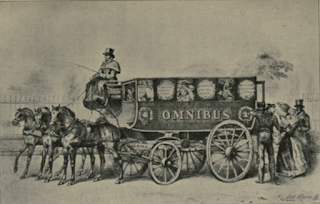 Everything seemed to be going to well when I was travelling on the first 303/04 bus from Llantwit Major Aka Llaniltud Fawr to Cardiff this morning. It arrived on time at 0727hrs not the usual 0735hrs (we did not have the usual driver who sometimes takes a short nap, which he occasionally does not wake up in time).

Everything went well as we sped through the sleepy villages of St Athan, Rhoose, Barry and Dinas Powys 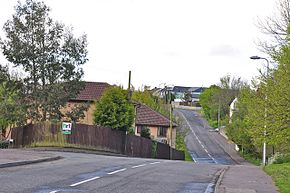 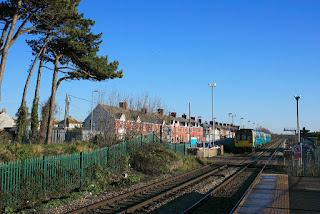 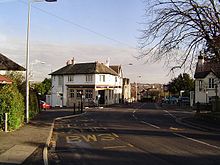 Everything was fine until we drove into Cardiff, past Ikea across the the Clarence Road bridge towards the Millennium Centre, where we go up Lloyd George Blvd. However something happened, and the driver turned right and we headed towards Techniquest, turning left, going up the link road across the Cardiff Bay barriage, back the way we came coming off the link road at the Cardiff Bay retail park. Took a wrong turning, then went back down the Butetown tunnel, then got on to the Eastern Link road and headed out to the east of Cardiff , driving up Newport Road finally being dropped off at Dumfries place, my fellow passengers late for work.

After 80 minutes we finally got to Cardiff. The detour was because of the the Tour of Britain cycle race. It's absolutely crazy but typical that the driver had no proper guidance, and I saw parts of Cardiff that I have not seen in 30 years, the industrial wasteland of the old East Moors steelworks.

However it not spoil a wonderful day with my family, having a great birthday 🍴
Posted by Silurian Republican at 1:10 PM No comments:

Going to see Christopher Nolan's "Dunkirk" was something that I was almost impelled to see.

It was a single event that prevented us from being invaded, and consequently allowing the Germans to win the Second World war.

I went to see it at the Premier Cinema in Cardiff at the good price of £4 plus £2.50 for a hotdog, popcorn and a drink. I sat down to watch it .

I was not disappointed when I watched it. The writing was good, the character development was excellent, and the score definitely set the tone. I could imagine my grandfather , Bill Cridland on that beach, waiting to get off that field of death, the trauma of the stukas, not knowing whether he will get off alive. He came back with pneumonia, probably due spending so much time in the water.

It was said that wars or not won by evacuations, I disagree, this one did.

Go and see it.

Posted by Silurian Republican at 2:17 PM No comments:

Not quite the words of Thomas Kielinger the Correspondent for Die Welt, on Dateline London today sitting on a panel consisting of Janet Daley, Owen Jones, and Paul McConnell. He was talking about Theresa May's Pyrrhic victory, since May called the election to legitimise her rule as Prime Minister, and negotiating our exit out of the EU, which looks a little weak.  Kielinger's choice of words shows the exotic nature of this subject.

It has been a little hectic around here and even surreal, with Jeremy Corbyn apparently saying that he "could form a government", not quite sure how you can do that with 262 seats, when you require , 326+, perhaps he will have to do a deal with the DUP, perhaps meeting in the middle of the night under a full moon.

I voted Labour because I saw them as the least objective to, a vote for my former Liberal Democrats would be a waste of a vote for a party that cares little about where I live.

However Labour has done well, but not well enough, and can't be acting if they won. This is not 1983, when they lost because of a strong third party (Alliance won 26% to Labour's 28%), they still have not got everyone's trust.

I am still a social Liberal which means I believe in Liberty, tempered by the rule of law. I believed strongly against the tyranny of the majority, especially a tiny majority which is what it took  to leave the EU, and the market, and repeal the Human Rights charter and stop the freedom of movement. Labour says it respects democracy, I think it fears the rule of the mob, when they bang on about respecting the will of the people.

We are leaving, and I pray that this country try does not go down the toilet, but it could.

Posted by Silurian Republican at 2:51 PM No comments:

The Strange Death of Welsh Liberalism

Sad, but inevitable. There has been disquiet amongst Liberals* outside of Cardiff Central how there was a lack of interest in campaigning outside of Cardiff Central, whether in local, Assembly and Westminster elections. Look at the the 2012 elections in Cardiff, they lost seats whether which they held for almost a generation in one case, and others they won in 2004 when they through out the Goodway administration there was a total lack of interest in winning them back, a former cllr was stuffing envelopes for Cardiff Central to help get Rodney Berman back on the council, whilst the paper candidates in her own ward got double digit votes and was behind even Tories in a working class area!  What message did on send to the electorate in that ward. When I challenged this lack of interest, I was told that Cardiff West is Plaid country now, and Neil McEvoy who used a bastardised form of community politics that was devised by the Liberals in the 1970s, it was his area. Now correct me if I'm wrong but Plaid is not a Liberal party, and Neil is not or ever has been a Liberal. Looking at that, why should we be surprised that Liberalism in Wales has come to an end, what does it stand for?

I joined the Liberal Party in 1982, because I believed in the Liberal values of liberty, free speech, and community, real values, I did not join the SDP, because I did not believe in social democracy, though honestly the Cardiff West Liberal association was practically non existent and the SDP was stronger, consisting in the main former Labour Party members (some of which returned to the Labour home after Blair) and people who were new to politics. We worked hard in our ward, without the personal attacks that seem to characterise much of what happens in Cardiff West these days. It was a poor record we were after, and promoting Alliance values (not necessarily Liberal values ).

After a lengthy sojourn in the New World I came back and have been living in Boverton since 2013. I was impressed by the work of the Llantwit First Independents (which I joined) in Llantwit Major, we worked in coalition with Labour in 2012 and got things done, new schools, a refurbished library.  There are other former Liberal Democrats in Llantwit who were disillusioned with the lack of interest in in the Vale and left and joined the Llantwit First Independents, we still have our Liberal values which are better implemented out side of the Liberal Democrat institution. I was stood for the town council and got 372 votes and was 15 short of getting electing, a friend asked why I did not stand as a Liberal Democrat,  I told them  I had resigned as a member years ago after I stood in Ely as a Liberal Democrat in 2004, when I won the highest vote that Liberal Democrat for many years (543)  there, but Cardiff Central were not interested in Ely, and made it evidently so.

The same thing happened in the last Assembly election when my friend Denis Campbell stood in the Vale (initially they asked him to stand for Cardiff West, for some bizarre reason), Denis walked his shoes off during the campaign put his own money into the election with absolutely no support from party headquarters,and I'm quite sure the same for hundreds of candidates across Wales. No interest in growing outside of Cardiff Central.

My final point is either the Welsh Liberals wake up, make a concerted effort to revive the Liberalism in Wales by showing what it stands for besides Europe, which is belief in Liberty, and community. There seems to be a movement within Plaid Cymru to move into that radical ground that use to be the preserve of Welsh Liberalism. I think this will not work because at the end of the day there is a vast difference between nationalism (even of the reasonable variety that is Plaid Cymru) and Liberalism which broader and international and has solid core values.

Posted by Silurian Republican at 1:50 AM No comments:

Some thoughts of a irrelevant​ bore

I was thinking that with this forthcoming election the Liberal Democrats (hating the Lib Dem word) would be a great chance for them to reclaim their West country heartland by appealing to disaffected Labour supporters who find Jeremy Corbyn hard to stomach, but would be equally horrified at a Tory monolith running them from Westminster.

I think that the late great David Penhaligon would cheer them on.

Posted by Silurian Republican at 12:27 AM No comments:

Are President Trump and Marvin the Paranoid Android related? 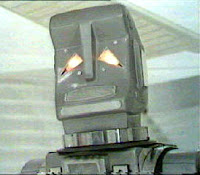 I was watching an old episode of Hitchhiker's Guide to the Galaxy, I noticed that Marvin ("the brain the size of a planet") seemed to slight resemblance to President Trump, so o had to wonder if they indeed were related!

Posted by Silurian Republican at 5:25 AM No comments: